FREE POSTAGE FOR ORDERS OVER $115

What Does Dietary Fibre Mean For Immunity?

This past year, the world has been pushed to its limits with a widespread virus, which debilitated economies and healthcare. Many public places closed, festivals and occasions were uncelebrated and the public restricted within their own residences to fight against the coronavirus. Those who struggled to get well and had better resistance had stronger immunity than those that succumbed immediately to Covid-19.

Fibres are dietary materials, mainly carbohydrates, with substances like cellulose and pectin that are difficult for digestive enzymes to break down. There are basically two types of fibres. Soluble fibre that dissolve in water. Insoluble fibre, of course, does not and eventually pass as solid waste. The ability of dietary fibre to ferment in the large intestine (also known as colon) is more important than them being soluble or insoluble in water to confer physiological benefits. Dietary fibre or roughage is fibre that is a portion of food from plants that are not being digested or absorbed. It is naturally occurring in fruits and vegetables and are essential for digestive health. It is composed of polysaccharides and other plant ingredients like inulin and lignins that benefit people who ordinarily have digestive difficulties.

Men usually take better care of their boots than of their stomachs. ~ James Lendall Basford

This quote has never been so painfully obvious than this present moment. Immunity is the ability to resist and protect the body from an infection. There are four kinds of immunity that the body can possess.

Innate or inherent – The body is born with this immunity. These are natural protection that we all had since birth. This will include the skin which gives a natural defence from the elements. It is waterproof and modifies body temperature. It also alerts our bodies to

hot and cold sensation that we may move away or remedy our situation quickly. It secretes water as sweat to cool off the body and produces Vitamin D when exposed to the sun, beware, though, of overexposure. When body senses foreign substances (antigens), the innate immune system with its physical barriers and specialised army of cells recognises these foreign invaders and are tasked to get rid of them.

Passive immunity – it is derived from borrowed antibodies from an animal or another person resulting in short-term immunity rather than the body producing its own. Natural passive immunity is when a mother passes on immunity to the baby through the placenta. These antibodies will diminish in intensity through time and disappear completely.

On the other hand, artificial passive immunity happens by infusing the body with antigens through serum or vaccines. This introduction of the weaker version to the host will make the antibodies recognise and defend the body from this version so that when the stronger strain hits, the body will have a memory of how to fight this stronger version and win. This type of immunity is short-lived and does not last too long, compared to if produced through the generation of antibodies from a natural infection.

Do you have a weak immune system?

Some people may not be aware that what ails them usually is an effect of a weakened immune system. Being sick all the time, and wounds healing slowly are some of the repercussions of a weak immunity.

What weakens your immune system?

The immune system defends your body against infections and invaders that will make you sick. The immune system is composed of a collection of cells, organs, tissues and proteins. It is a rather complicated structure that comprises your body from head to foot (hair, scalp, skin). Just like anything living, it needs proper care and attention. Without these, it cannot perform its function well and will deteriorate.

How to tell if your immunity is weak.

Then, chances are you have a relatively vulnerable immunity. You may have been born with it or it may have regressed. Yes, the immunity gets developed at around 7 or 8 years old and wanes after sixty or earlier depending on certain conditions. 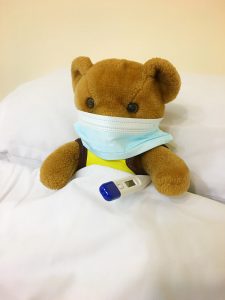 What happens when you have weak immunity?

Plenty. People who have weak immunity tend to have more aches and pains. They are more likely to catch colds, pneumonia and other communicable diseases that, when they do catch them, it takes them a longer time to heal or get better. They are more susceptible to stress, get exhausted easily, and have less focus. This can impact productivity and living quality.

Immunity fights not only foreign illnesses but also those that are hereditary. This is because genetics also weighs heavily in how strong our immune responses are. These responses create memory cells largely responsible for the effectiveness of vaccines. When one is sick more frequently than normal for a long time, then he may already be immunocompromised. This means you have extremely poor immunity, and it cannot function as well as it should be. These are synonymous to being immunodeficient and immunosuppressed.

Some people, though, get weak immunity due to their lifestyle choices. A weak immune system manifests itself with infections, stress and some swelling. This can be the result of some or all of below :

Alcohol consumption not only dulls the senses but also prevents the organs from operating at their peak level. Just a day of overindulging reduces your immunity’s capacity to fight off germs for the whole day. Too much and too frequent drinking generally results in the body losing its ability to heal and repair itself.

Smoking, whether tobacco or the now becoming stylish vaping, weakens immune response and harms the blood vessels. The risk of having immune and autoimmune illnesses increases with smoking.

Stress and anxiety play a part in immunity. Our general well being is almost always affected by our thoughts and it helps to “think happy thoughts”.

Sleep is when the brain and the body start to repair itself. The body’s defences let loose cytokines and T cells which are proteins that help tone down infections and inflammation.

High-fat diets can upset the delicate balance of the gut where a large portion of the immune system begins. Sugar and salt are among the body’s natural foes. High consumption of either harms immune response and increases inflammatory proteins as well as intensifies vulnerability to some autoimmune diseases.

Dietary fibre is a valuable ingredient in helping the immune system. There is rising evidence of dietary fibre benefitting the human body. It has been connected to lowering glucose and blood cholesterol levels. We all know that fibre helps in elimination of body waste and taking the bad stuff with it. Dietary fibre helps the immune cells defend the body from attackers in the digestive system. A daily regimen of low-fat plant-based food rich in vitamins A, C, D and E, zinc and magnesium will strengthen and support effective functioning of the body’s immune system. It usually follows that what keeps you healthy makes your immune system stronger. These dietary fibres when fermented in the colon produce Short Chain Fatty Acids (SCFA), which include butyric acid that supports digestive health and also impart anti-inflammatory benefits.

Your abdomen needs butyrate for health which is made by the gut microbiome. Gut bacteria produce butyrate, an essential short-chain fatty acid that helps control inflammation and supports disease prevention. It is also responsible for regulating many metabolic structures and other bodily functions. Butyric acid is the primary energy source of colonic cells and is important for the normal function of the colon.

Can one have too much fibre in their body?

Yes, but it is harder to have enough fibre than too much. One will feel bloated and gassy, and hydration will help balance it out. The benefits of a high fibre diet in digestion as well as in immunity and overall general health outnumber the disadvantages of dietary fibre intake.

If it’s good for the belly, it must be a good idea.

Stay up to date with the latest news, offers & tips.

By entering your email address you agree to receive our quarterly cookbook on how to use Kfibre and improve your health. You will also receive relevant information about improving your overall health from our trusted third parties. You can easily opt-out (unsubscribe) at any time. For more information please review our Privacy Policy and Terms and Conditions.

Get Your Free Copy of
“I Just Feel Better”

Notify Me!
“Kfibre Original With Prebiotics”

Kfibre and selected trusted third parties use cookies on this site to improve performance, for analytics, and for re-marketing and re-targeting with relevant content. You can refuse cookies by clicking the Reject button. By clicking “Accept”, you consent to the use of ALL the cookies. However, you may visit settings to provide a controlled consent.

This website uses cookies so that we can provide you with the best user experience possible. Cookie information is stored in your browser and performs functions such as recognising you when you return to our website and helping our team to understand which sections of the website you find most interesting and useful.

Strictly Necessary Cookie should be enabled at all times so that we can save your preferences for cookie settings.

If you disable this cookie, we will not be able to save your preferences. This means that every time you visit this website you will need to enable or disable cookies again.